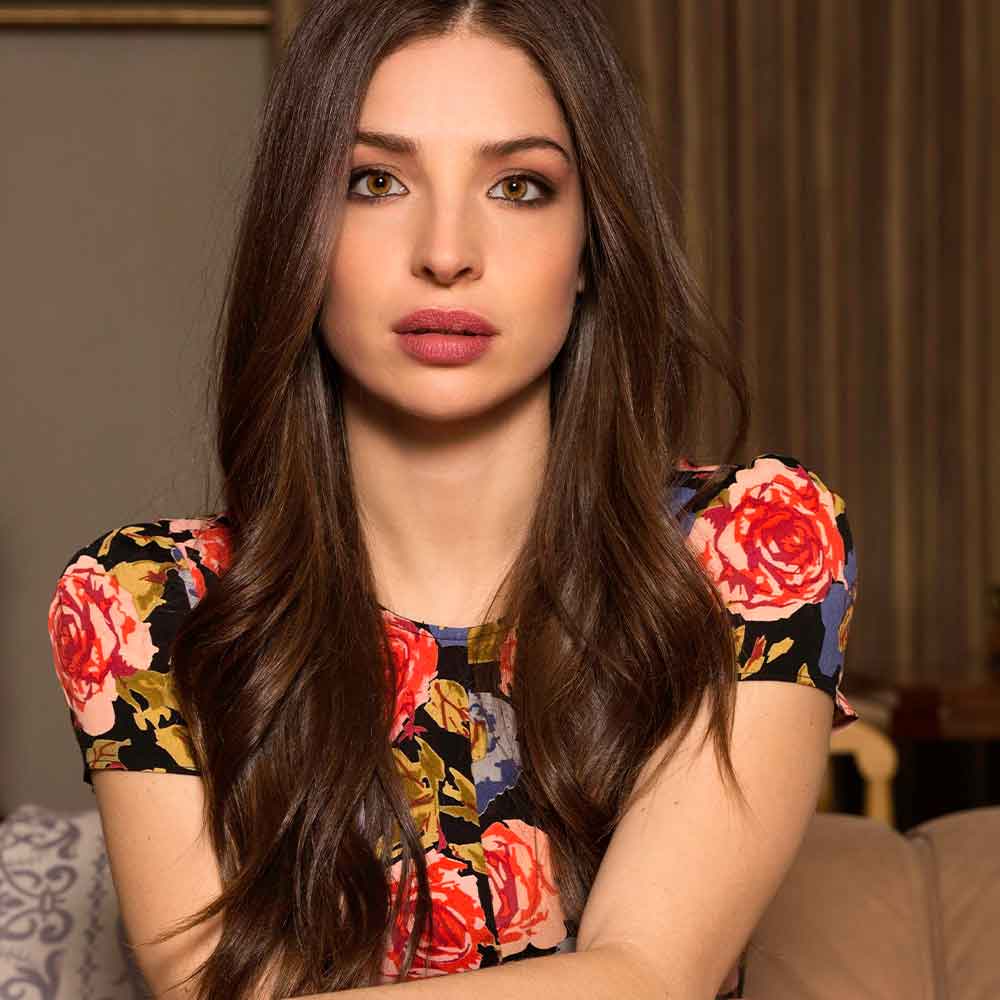 Position: The Expanse
Categories: On Screen

Anna Hopkins is lighting up the world of entertainment with her remarkable versatility and talent. She can currently be seen as Lilith the Queen of Hell, the new main villain in Netflix’s SHADOWHUNTERS and as Monica Stuart, a journalist and documentary filmmaker who stumbles upon what could be the biggest story the world has ever known, in SYFY’s THE EXPANSE, premiering on April 11th. Anna is also currently filming CityTV’s BAD BLOOD opposite Kim Coates.

Born in Montreal, Quebec, Anna speaks and acts in both English and French. She comes from a family of artists; her father, the late Tom Hopkins, was a world-renowned painter, and her mother, Rita Hopkins, a successful graphic designer.

Anna’s feature film debut in BARNEY’S VERSION is a testament to her star quality. She carries the film with fellow Hollywood pedigree Dustin Hoffman, Paul Giamatti, and Minnie Driver, to name a few. Since her breakout performance in BARNEY’S VERSION, Anna has been a favourite in casting for feature films and television. She has gained recognition and a devoted following from playing fan favourite series regular and recurring roles on shows such as The CW’s ARROW and THE FLASH, and SYFY’s DEFIANCE, while portraying a wide range of characters in indie features like IT WAS YOU CHARLIE, RED ROVER and LES MAITRES DU SUSPENSE, where she starred in a French speaking role.

Her varied interests and curiosity have led her to pursue a wide range of studies, including Communication & Cultural Studies at Concordia University, Cinema & Communications at Dawson College and Feature Screenwriting at UCLA. Acting training includes script analysis from revered coach Larry Moss and extensive Meisner technique training, which she continues to practice.

In conjunction with acting, Anna is busy developing original material in a co-writing capacity with acclaimed Quebecois director

Stéphane Lapointe, and creating solo projects as well. She recently finished shooting her directorial debut for her short film THE GIVE AND TAKE which she received full funding for from bravoFACT! (Bell Media) making her one of ten filmmakers across Canada to receive the grant. Her screenplays have been recognized as finalists at Cinequest Film Festival (2017), Los Angeles Hollyshorts Film Festival (2017) and Nashville Film Festival (2018). Anna was also shortlisted as one of ten filmmakers within the US and UK by the prestigious KSF Foundation for their Artist Choice Award for her short screenplay, MAMA OF DADA, a surrealist comedy about the modern art world.

Anna splits her time between Los Angeles and Toronto.