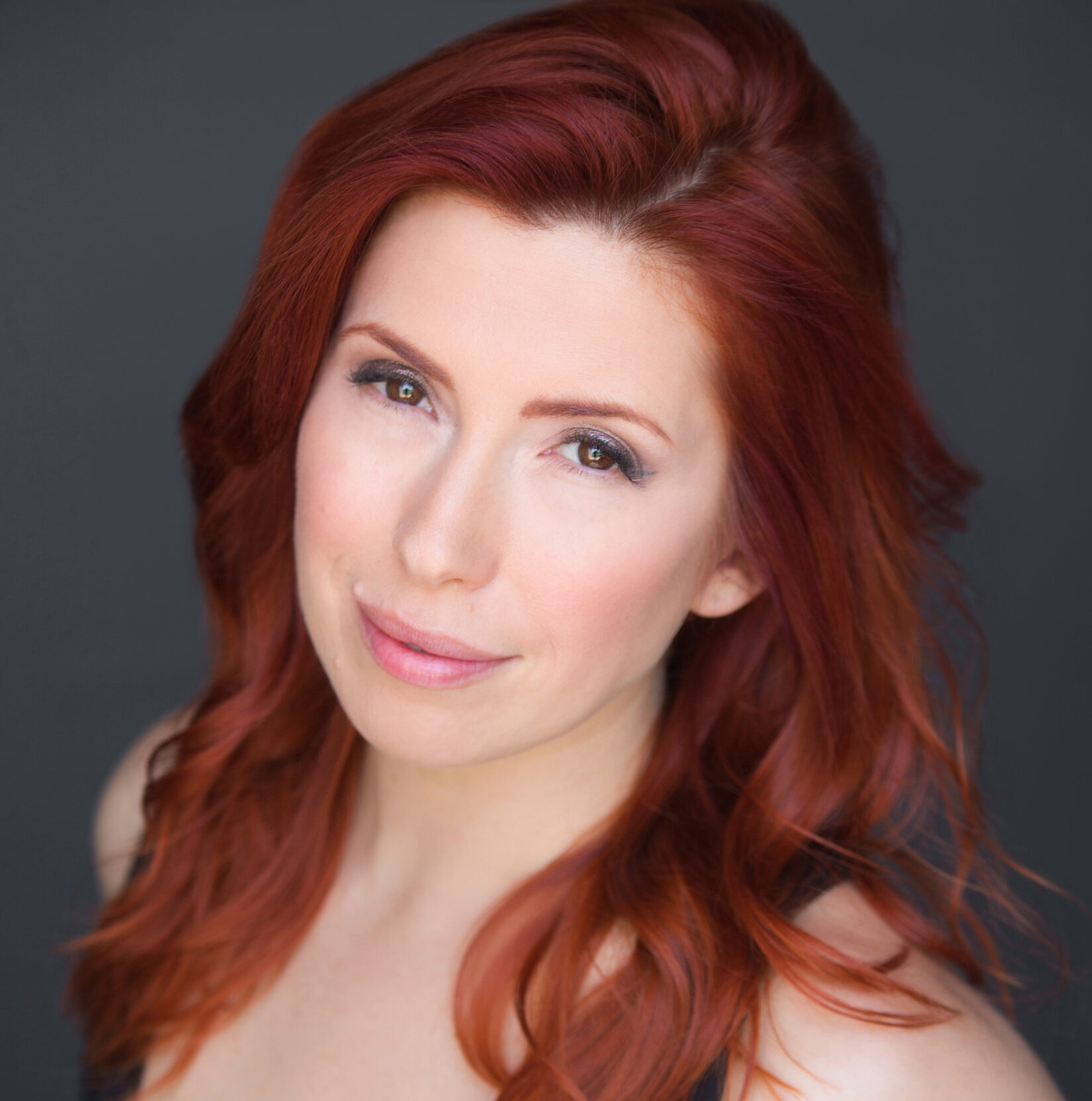 ELIZABETH MAXWELL is an accomplished actress, award-winning voice over artist, and life- long lover of all things geek.

She made her debut in the dubbing world on the hit anime series Attack on Titan (Ymir) and soon after took on the most recent incarnation of The Major in Ghost in the Shell: Arise (Motoko Kusanagi). Other popular anime titles include Dragon Ball Super (Caulifla/Kefla), My Hero Academia (Midnight), Overlord (Albedo), Noragami (Bishamon), and Fruits Basket (Arisa Uotani), among many others.

Elizabeth has also lent her voice to a number of Rooster Teeth’s most popular 2D shows, such as RWBY (Winter Schnee) and Camp Camp (Nikki).

She has also worked extensively in video games, most recently in Nintendo’s highly lauded The Legend of Zelda: Breath of the Wild (Urbosa/Riju). Other notable titles include Atlus’s Persona 5 (Sae Niijima), miHoYo’s Genshin Impact (Rosaria), and Ryu Ga Gotoku’s Yakuza: Like A Dragon (Saeko).

playing RPGs, and planning for the zombie apocalypse.!