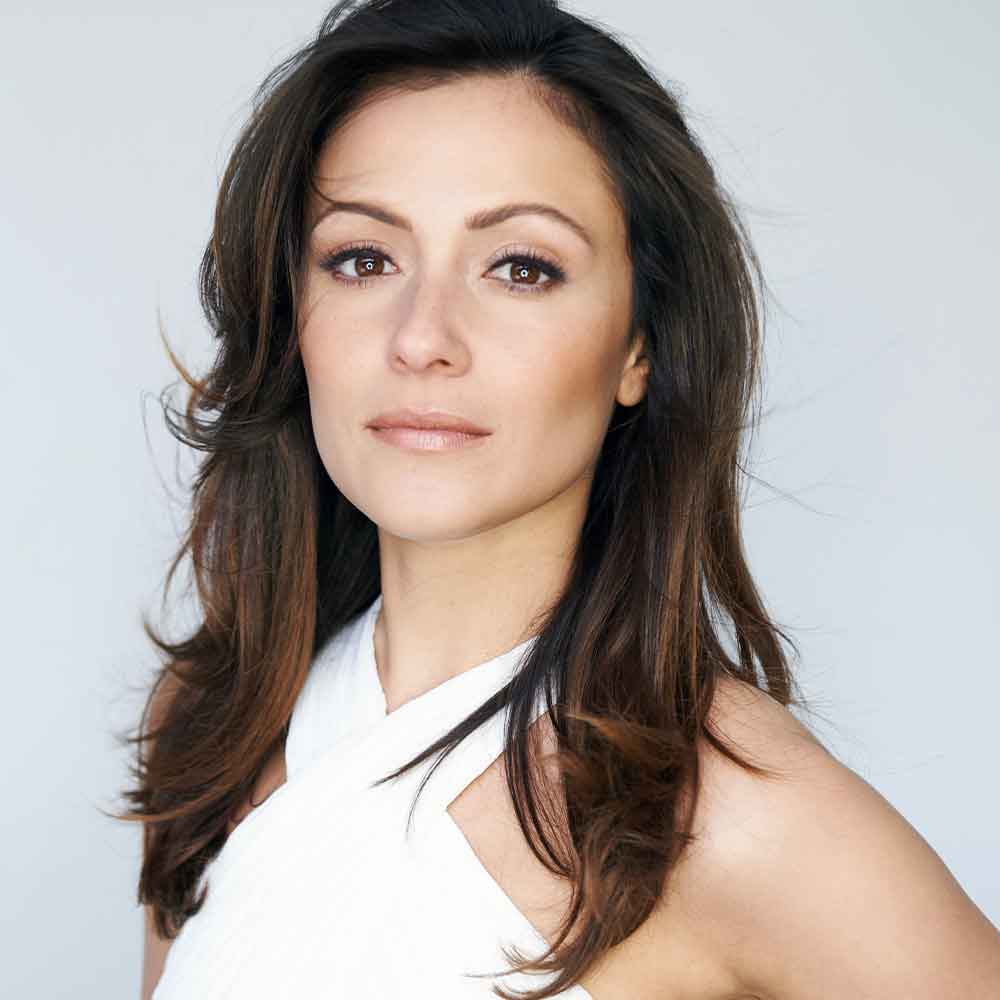 Actress Italia Ricci can be seen starring in ABC’s new political, drama “Designated Survivor” created by David Guggenheim and executive produced by Simon Kinberg. The series also stars Kiefer Sutherland, Kal Penn, Maggie Q and Natascha McElhone. Ricci plays ‘Emily’ who is the no-nonsense Chief of Staff to ‘Tom Kirkman’ (Sutherland). The conspiracy thriller centers on a lower level United States Cabinet member who is suddenly appointed President after a catastrophic attack during the State of the Union kills everyone above him in the Presidential line of succession. The second season of the hit show will premiere Wednesday, September 27, 2017 at 10:00pm on ABC (CTV in Canada and Netflix worldwide).

Recently, Ricci recurred on the CBS (now CW) series “Supergirl” playing villain ‘Siobhan Smythe’ otherwise known as ‘Silver Banshee.” She is the latest hire by Calista Flockhart’s media mogul Cat Grant. Ricci’s character was first introduced as a workplace adversary for Melissa Benoist’s heroine but later became a much more deadly foe when she takes on the mantle of DC Comics villain Silver Banshee. The character had a five episode arc.

Ricci previously led the cast in ABC Family’s drama series “Chasing Life”, playing the lead role of ‘April Carver’ a twenty-something smart and quick witted aspiring journalist, who is trying to work her way up the ladder at a Boston newspaper by trying to impress her hard- nosed editor. Just as her career starts taking off, she receives news that she has been diagnosed with cancer.

Born in Richmond Hill, Ontario and raised in Newmarket, Ricci always had a burning desire to be in the entertainment business. Beginning her career at nine years old, Italia starred in numerous local theatre productions and continued to do so throughout high school. While majoring in drama in college at Queen’s University, Ricci participated again in school productions and did a little modeling during summers. As much as she enjoyed performing, Ricci always planned on her entertainment career consisting of entertainment law. However, one day in college Ricci’s friend asked her to be an extra with him on the movie “American Pie Presents: Naked Mile”. During a lunch break, one of the writers approached her and asked her if she would like to audition to be upgraded from extra to a featured player and she booked it. Before she knew it, she was cast in the next “American Pie” movie, entitled “American Pie Presents: Beta House”.

After graduating from Queen’s University in Kingston, Ontario, Ricci deferred her plans for law school to relocate to tinsel town to give acting a serious shot; giving herself a two year limit to see if she could make a living doing what she loves. She immediately landed a recurring role as ‘Chase Ravenwood’ on Disney XD’s original series “Aaron Stone”. Ricci went on to book guest-starring roles on such television shows as “CSI: Las Vegas”, “House”, “Greek”, and “How I Met Your Mother”. She followed these with the recurring role of ‘Sasha’ on the Comedy Central series “Secret Girlfriend” and the lead role of ‘Maggie’ on the hit Cartoon Network live-action series “Unnatural History”.