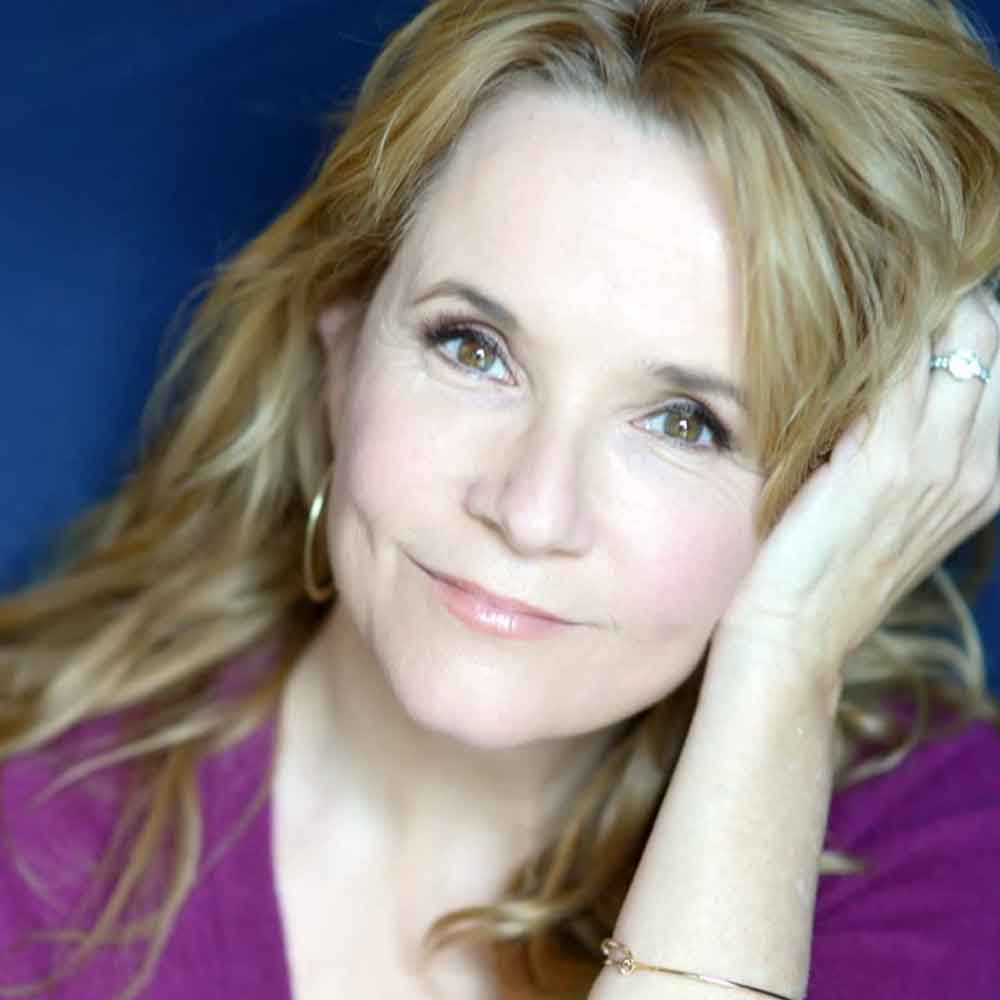 Position: Back To The Future
Categories: On Screen

Lea Katherine Thompson was born on May 31, 1961, in Rochester, Minnesota. She is the youngest of five children. Her parents are Barbara Anne (Barry) and Clifford Elwin “Cliff” Thompson. Since all her siblings were much older than she, Lea says it seemed like she had more than two parents. The family lived in the Starlight Motel, all the kids sharing a room. Things began to look up for the family when Lea’s father got a job in Minneapolis, where the family moved.

Lea’s parents divorced when she was six, and her mother decided to maintain the family. This wasn’t the easiest job, considering her mother was alcohol-addicted at the time. When she found the strength to quit drinking, she took a job playing the piano and singing in a bar to support Lea and her siblings. When Lea was seven, her mother remarried. Ever since Lea was little, she loved to dance — ballet to be exact. She would practice three to four hours every day. Her first role was as a mouse in “The Nutcracker”. After Lea turned fourteen, she had performed in more than 45 ballets on stages, such as The Minnesota Dance Theatre, The Pennsylvania Ballet Company, and The Ballet Repertory. She won scholarships to The American Ballet Theatre and The San Francisco Ballet. At age nineteen, she auditioned for Mikhail Baryshnikov, who later told her that she was “a beautiful dancer… but too stocky”. Lea knew her dreams had been crushed. At that point, she decided to turn to acting. She began working as a waitress, also making 22 Burger King commercials and a few Twix commercials. She was perfect for these parts simply because she was the average girl-down-the-street, from the Midwest. Everyone who knows her can’t believe she was and still is so completely different…trying to be independent and fight against the system. In 1982, Lea made some type of a computer game or interactive movie known as “Murder, Anyone”.

Her first role was in the movie, Jaws 3-D (1983), as a water ski bunny, although she couldn’t swim or ski, which she still can’t! There, she met Dennis Quaid, who became her fiancée and acting coach. Her next role was in All the Right Moves (1983), where she acted opposite Tom Cruise. Director Michael Chapman was so disappointed with her performance, that he almost fired her. Between 1983 and 1984, Lea appeared in other “teen” movies, such as Red Dawn (1984), The Wild Life (1984), and Going Undercover (aka Going Undercover (1985)), and believes it was lucky that, in these movies, they were able to use anyone who could walk and talk! Lea’s biggest known accomplishment, and her big break, came from the first Back to the Future (1985). It was the biggest hit of 1985, and Lea was suddenly the most wanted actress. She could have her pick of any role she wanted to take on. She chose Howard the Duck (1986). Although it was a George Lucas production, the critics turned the movie, and Lea, down. Afterwards, director Howard Deutch offered Lea a part in his movie, Some Kind of Wonderful (1987), but she refused. After he urged her to do it, she reconsidered. She won the Young Artist Award for best young actress. During filming, Howard and Lea fell in love, and she called it off with Dennis. She then went on to film The Wizard of Loneliness (1988), which was her first movie as a woman, rather than a youngster. Lea went on to film Back to the Future Part II (1989) and an episode of Tales from the Crypt (1989). She then married Howard Deutch. She continued filming Back to the Future Part III (1990), Montana (1990), and Article 99 (1992). Lea then took a break to stay home with her first born, Madelyn Deutch.

She jumped back into acting in Dennis the Menace (1993), where she says she just played herself. Then it was on to The Beverly Hillbillies (1993), Stolen Babies (1993), The Little Rascals (1994), and The Substitute Wife (1994). In 1994, she had her second child, Zoey Deutch. Lea then went into filming The Unspoken Truth (1995). It was then that she was first given the script of a new NBC sitcom, Caroline in the City (1995). It was probably the best decision Lea ever made. She won a People’s choice Award for best actress in a new sitcom. Unfortunately, with all of NBC’s problems, Caroline in the City (1995) kept being moved to a worse and worse time slot, giving it horrible ratings. The show ended after only four seasons. Bad ideas from the creators (Julia, etc.) didn’t help, either.

Lea quickly went onto The Right to Remain Silent (1996), The Unknown Cyclist (1998), and A Will of Their Own (1998). She also guest-starred in the Friends (1994) episode, Friends: The One with the Baby on the Bus (1995), as “Caroline Duffy”, and on The Larry Sanders Show (1992). Lea also did some stage work, including starring as “Sally Bowles” in “Cabaret”. The show toured and also appeared on Broadway. She then did “The Vagina Monologues” in L.A. She had a stint in a dramatic role as a Chief Deputy Assistant District Attorney, “Camille Paris”, on For the People (2002).

Thompson has starred in more than 30 films, 25 television movies, 4 television series, more than 20 ballets, and starred on Broadway in “Cabaret”. Lea can currently be seen on ABC Family’s Peabody Award winning hit show “Switched at Birth”, where she acts and directs. Lea’s movie credits include: “All the Right Moves”, “Red Dawn”, “Some Kind of Wonderful”, “The Beverly Hillbillies”, “Howard The Duck” (star and vocals), Clint Eastwood‘s “J. Edgar”, the 2014 Sundance favorite Ping Pong Summer (2014), Fliegen (2005) starring Nicolas Cage, and The Year of Spectacular Men (2017), a film written by her daughter Madelyn Deutch. Thompson partnered with international Mirrorball Trophy holder Artem Chigvintsev on the 19th season of Dancing with the Stars (2005), placing sixth.

Lea lives in Los Angeles with her husband of over thirty years, film/television director Howard Deutch, and their two talented daughters, Madelyn and Zoey Deutch, along with many dogs, fish, horses, chickens, a cat, tortoise, and parrot. She supports and often performs for breast cancer, mental health, and Alzheimer’s charities. Lea is currently writing her first book of essays.