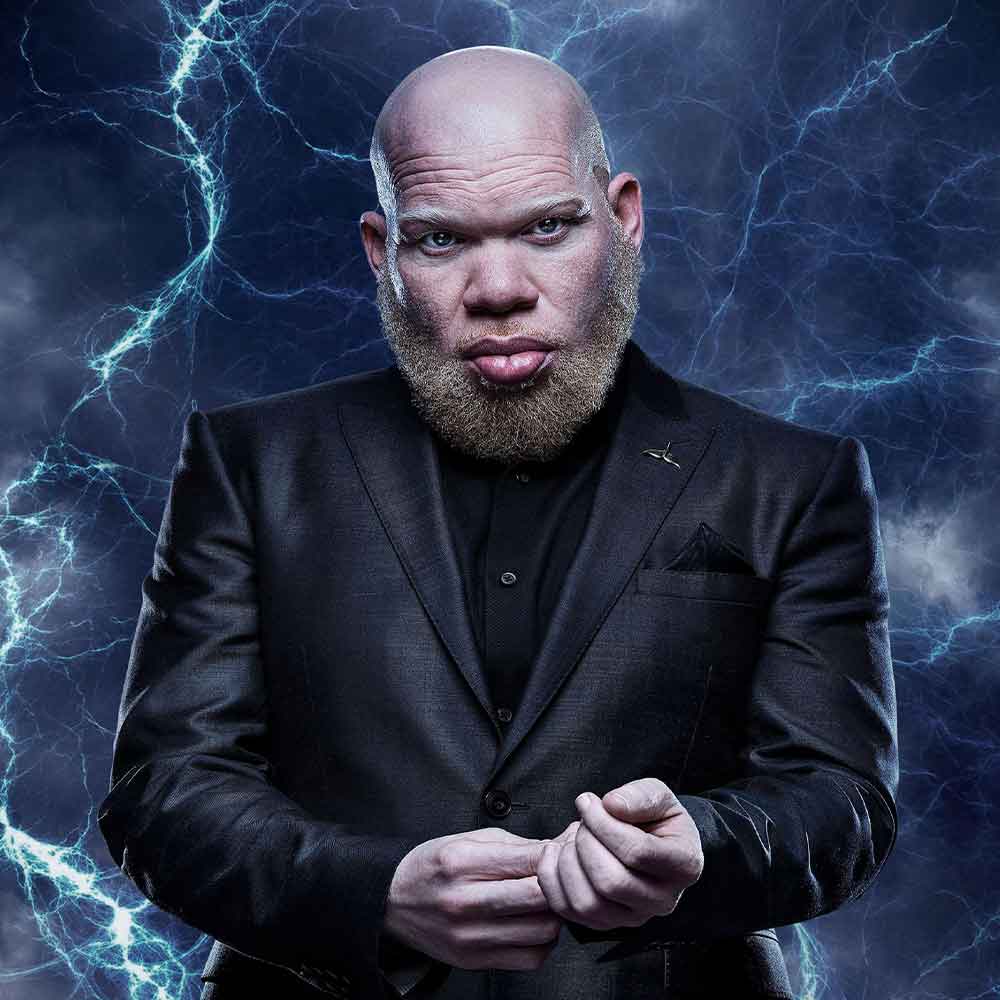 Marvin “Krondon” Jones currently stars in the CW’s BLACK LIGHTNING, portraying “Tobias Whale,” a crime boss and lead villain. The role marks Jones’ transition into acting, as he is also a solo rapper and Strong Arm Steady (SAS) front man. With the moniker Krondon (KRNDN), Jones recently released his impressive independent project “Everything’s Nothing,” which features standout tracks “7 Eleven” and “Lean On Me,” capturing the essence of the West Coast with his “feel good” records. Apart from his work with SAS, the Cali rapper has written for a number of artists, including Snoop Dogg, Dr Dre and Xzibit. In 2003, he released a successful collection of cuts independently, entitled “The Beginning Of.” Krondon has set himself apart in the rap game from more than his lyricism alone. Marvin has also ventured into feature animation and will next be heard portraying “Tombstone” in Sony’s, SPIDER- MAN: INTO THE SPIDER-VERSE. His unique voice and dynamic look has helped him to create a lane all his own.