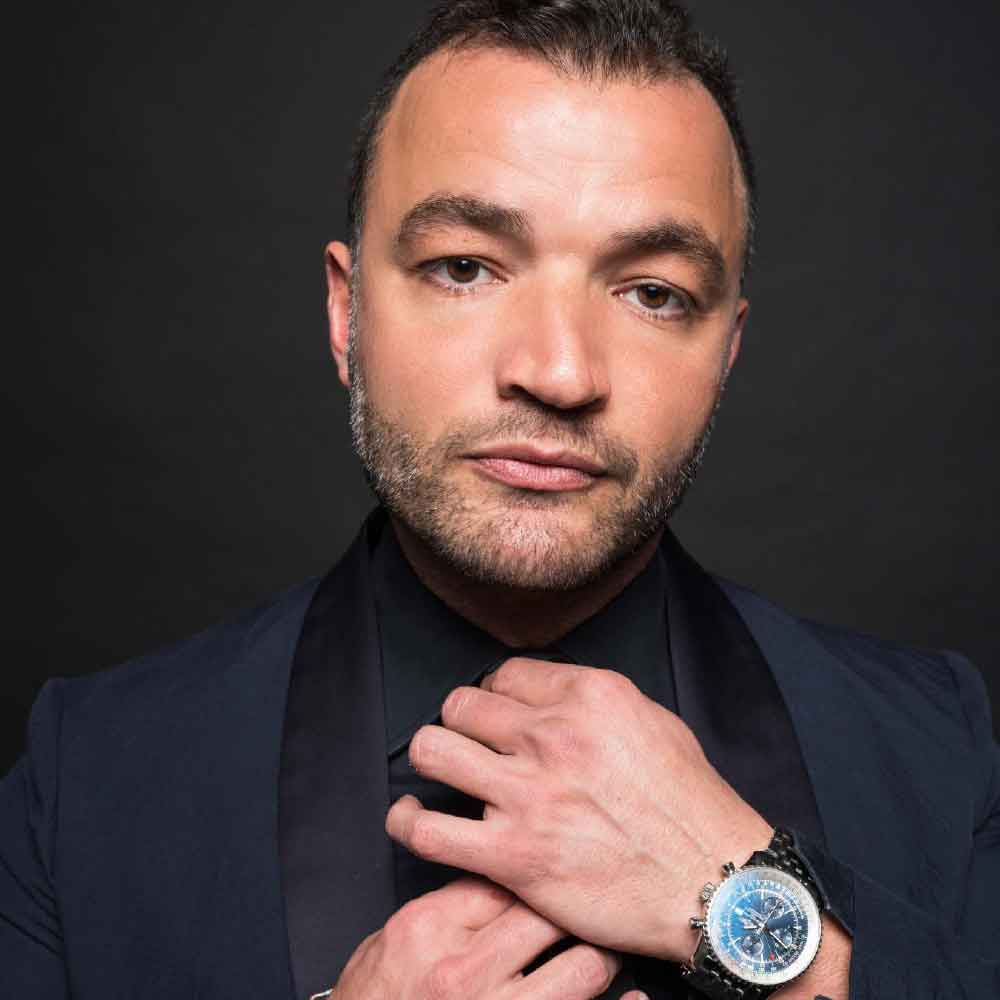 Position: The Expanse
Categories: On Screen

From a gladiator in ancient Rome, to a CIA black ops agent tracking down people with special powers, and a self-righteous police lieutenant, Nick
E. Tarabay has brought to life diverse and dynamic characters in film and television, emerging as “one to watch” in the entertainment industry. In 2018 Tarabay can be seen in a handful of exciting projects. On the film front he will appear opposite Scott Eastwood, John Boyega, and Charlie Day in Universal Pictures’ “Pacific Rim Uprising.” Directed by Steven S. DeKnight, the film follows Jake Pentecost (Boyega), who reunites with Mako Mori (Rinko Kikuchi) to lead a new generation of Jaeger pilots, including rival Nate Lambert (Eastwood) and 15- year-old hacker Amara Namani (Cailee Spaeny), against a new Kaiju threat. The film was released on March 23.

In television Tarabay joined the cast of “The Expanse” for SYFY during season two, and instantly became a fan favorite as Cotyar, former member of the UN Military in the Intelligence Division who is now a freelance security contractor and private intelligence operative. Tarabay will return to the show for season three, which premiered April 11, 2018. Picking up immediately following the emotional and suspenseful second season finale, the 13-episode third season finds Earth, Mars and The Belt at war, with each competing entity vying for control.

Born and raised in Beirut, Lebanon, Tarabay moved to New York City
upon graduating high school to pursue a full time career in acting. He enrolled in acting classes at T. Schreiber Studio to further hone his craft and went on to study with legendary acting coach Larry Moss (Leonardo DiCaprio, Hilary Swank). Nick appeared in several off-Broadway plays before landing his breakout role on the STARZ critically acclaimed series “Crash.” Based on the Oscar winning film, Tarabay was cast as Axel Finet, a hot tempered, seemingly above the law police lieutenant. He continued his relationship with STARZ starring as Ashur, a former gladiator whose intelligence, resourceful ways, and strength helped catapult him high

in the ranks in ancient Rome on the critically acclaimed, worldwide hit series “Spartacus: Blood and Sand.” Tarabay went on to reprise the role in “Spartacus: Gods of the Arena,” and “Spartacus: Vengeance.” The physically demanding role showcased his acting abilities and his capability to completely transform himself into a character.

In 2013 Tarabay made his feature film debut in Paramount Pictures and J.J. Abrams’ “Star Trek: Into Darkness.” Additional credits include indie feature “The Veil” opposite William Moseley and Serinda Swan, “Death Valley” opposite Kelly Hu and Katrina Law, and top television series that include: “Taken,” “Arrow,” “Castle,” “Longmire,” “Person of Interest,” “Believe,” “Major Crimes,” “Burn Notice,” “Detroit 1-8-7,” “Without A Trace,” and “CSI: Miami.”

Tarabay currently resides in the Los Angeles area where he loves to swim, work out, surf, and ride motorcycles. He is also a self-proclaimed cigar aficionado. On the charity front, Tarabay loves to give back and devotes
his spare time to working with various charities providing support to underprivileged children in Lebanon.